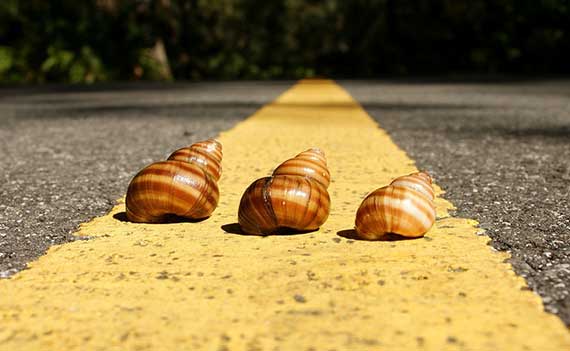 I’ll let you in on a secret – I killed (removed) my Facebook Like box from my business website. That was painful – the Arts Assistance FaceBook page has over 1,000 likes. Why? Darn thing was adding more than 2 seconds to the download page speed. Since we only have 3 seconds before supposed site abandonment kicks in (people give up and leave), that’s a lot!

Result? Google analytics bounce rates went from over 80% down to 2.38% – yeah! Of course that wasn’t the only thing I changed but I could tell that a big dip occurred after the change.

It is a tough sell to be concerned with download speeds, it sounds silly right? I wish it were but web designers and developers sweat this stuff a lot. Article after article and web design conferences pontificate ad nauseum the importance of speedy sites. The data proves this out – website visitors are impatient and they aren’t going to wait around for a slow website to load. If your site is taking longer than say 4 seconds it is hasta la vista, baby.

Part of SEO with Google ranking is page download time. I didn’t want to sacrifice that kind of time to what I felt was a poorly coded plugin from Facebook. I’m not alone, many of my web developer colleagues have also taken off their Facebook Like boxes.

But They Improved the Speed!

Facebook claims they improved the speed. Down from 2+ seconds to .5 seconds. Okay – let’s test, did they really improve the speed?

I tested this on my blog post "Finding the Right Images" which is a bit heavy and left the Like Box up.

Not too shabby on adding to the time, although 14 additional http calls isn’t so wonderful just for one little box. Also, Facebook requires not only code for the sidebar Like Box, but a script to be included on the page.

I had the script load with the footer so most of the page will load first. But still – the script will be included with all pages! Ugh.

Conclusion – Give it a Pass

I am going to leave up the Like Box for just a few days in case you want to go check it out and then pull it.

My advice – it’s a significant trend right now not to have the Facebook Like Box, especially for business centric sites. It’s one of the ways I know immediately a website is a bit dated and probably your visitors unconsciously know this as well.

Although my test did well today, there is no guarantee Facebook’s API will always have "fair weather" speedy results in delivering your like box. Use at your own page ranking risk.